Soviet and Iranian flip sights have a "V" notch, the North Korean and Chinese have a diopter (small hole) rear flip sight. 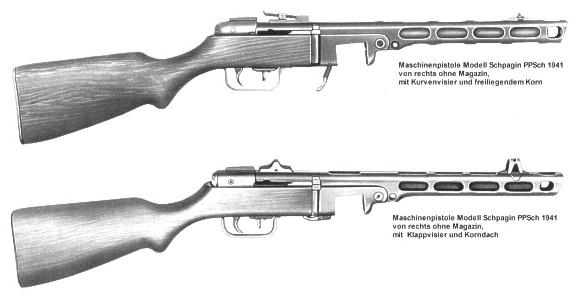 3) Receiver pin: Grooved one piece - early version. Two piece - later version.
All the WWII PPShs I have inspected that still had the original lower receiver,
had the solid pin and the earlier version hole (#8) in the bottom for the flat round
spring (#7) which holds the grooved receiver pin in place.. 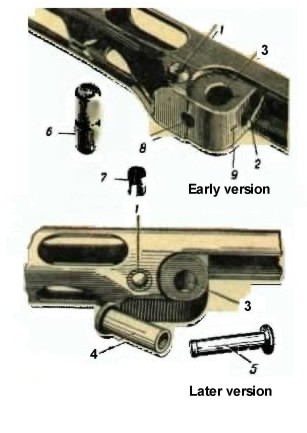 Back to PPSh Main Page-History/PPSh Links