"Experimental PPSh with curved barrel. Model 1945"
Evidently the Russians tried to do what the Germans had done with the Sturmgewehr MP44 "Krummlauf" in order to be able to shoot around corners.
PPSh-41 curved barrel with optics video
(4.24MB .mov)
or
(6.98 MB .mpg) 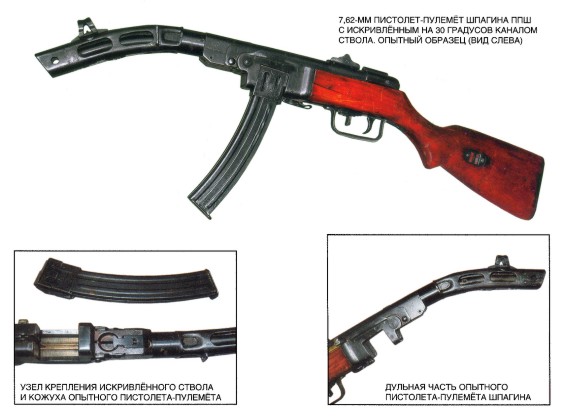 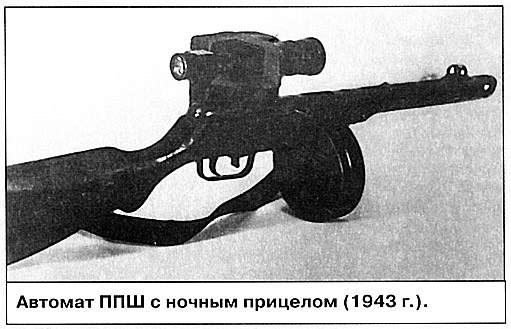 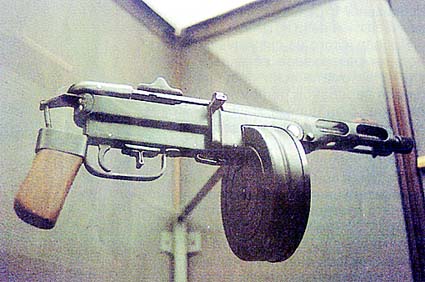 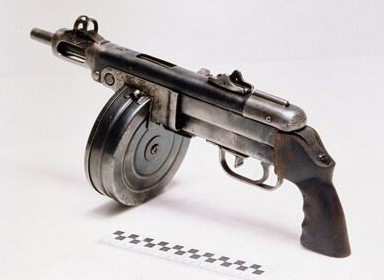 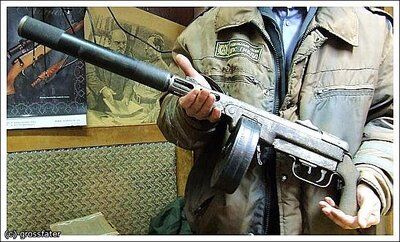 Croatian PPSh with suppressor (thanks to Peter for the pictures)

PPSh-2
First tested from the 30th of May until 2nd of June, 1942.
Fixed firing pin, return spring doubled as as the main spring.
Automatic firing only.
35 round box magazine.
Sight plate adjustable from 100-200 meters.
Cleaning rod inside the receiver.
A plate on the right side of the receiver closed the ejection port and charging-handle slot when required, notches locking the bolt handle in its open or closed positions. Empty cases were extracted by a claw let into the bolt, then expelled by the tip of the the return-spring guide rod.

Range testing was "satisfactory". Noted were: simplicity, stability and low cyclic rate of fire. However; accuracy was far from adequate, particularly when firing short freehand bursts. Thick lubrication prevented automatic operation. Highly sensitive to sand inside the receiver. Massive compensator prevented firing from inside a tank. The combined weight of the gun and its ammunition supply far exceeded requirements.